Juliette Mahieux Bartoli is a French-Italian artist based in London. Growing up in a range of countries has blessed Mahieux Bartoli with a gorgeously rich and complex education in art, from lustrous classicism to fragmented abstraction. This has birthed a truly unique aesthetic, where she communicates her keen poetic and awoken perspectives through intricate portraiture and fine-art detailing, married with juxtaposed shape and space. Mahieux Bartoli’s roots in the Renaissance are bedded deep as a result of her education in Florence, the books she has buried herself in, and a degree in art history.

Read on to find out Juliette Mahieux Bartoli’s fascinating route to multi-cultured and multi-faceted art mastery, which has birthed not only a fabulously skilled visual artist but a profound and elevated thinker.

Tell us a little bit about your life. Was art always present?

Visual art and literature were both important in my upbringing. I grew up between Paris, Washington DC, Geneva, and Rome, and our houses were always full of art and artifacts and books. We also regularly visited museums and churches to look at art when I was growing up.

What is your artistic background, when and how did you start? How did you end up with the style you currently work in?

I’ve always drawn. It has been part of how I make sense of the world and how I organize my thoughts from the start. I started painting after doing a summer course at a restoration school in Florence when I was 16. Then, I moved to the UK and studied History of Art and later did an MA in Fine Art. I liked the fact that I had time to learn about the art that had shaped me and the theories that preceded me and surround me now. When I was studying Art History, my room was my studio. I was trying to teach myself how to paint by copying those who had done it before me. My preferred examples were in the Italian Renaissance, so I spent a lot of time in that aesthetic world. Also, because I grew up partly in Rome, I think the classical world weighs on my influences. Those aesthetic languages are my mother tongue. From there I have interpreted them, abstracted and interfered with the human body, but I think it is clear where my sense of composition and color comes from.

How do you usually work and where do you draw inspiration from?

Each series starts from an idea. My latest body of work has come out of linguistics. Verbal expression and writing are an important part of my creative process, so I have long wanted to use language in my work more explicitly. This latest series is based on Chomsky’s X-bar theory, a formula by which all languages abide: demonstrating language as an infinitely modular tool. What is fascinating here is the evidence pointing to the language being a universal instinct. All of the paintings in NONSEQUITUR (shown at Kristin Hjellegjerde Gallery in Berlin) are modular and should be considered moving parts of a visual poem, for the viewer/curator to arrange. A reminder of the power we hold, a power that by its very nature unites us, even though we may not see it.

In the past, I have worked through a performative process, where I would play and capture accidental gestures to then harness into compositions. Because the works come out of a desire to talk about cultural fragmentation, I was trying to represent the subconscious and conscious parts of identity formation. This became more political as the situation here in the UK became increasingly politically charged. Positional Arguments, where the figures evoke the tensions around Brexit, was the zenith of that series and the most clearly political of them. Language is a symptom of culture, so I do not see the current body of work as divorced from my previous one, simply evolving to look at a different angle.

What do you hope your work achieves or invokes?

I want to start conversations about what it means to be the product of more than one culture. I hope that I can legitimize the place of people like me, ‘citizens of nowhere’, at a time when there is a strong nationalistic surge in politics. It is frightening, and it is the product of minds who only want there to be one way. Yet we live in a globalized world, where increasingly we experience and are shaped by a variety of cultures, and that wealth should not be vilified or repressed but respected and embraced.

How do you feel about being a young artist in a modern society?

Artists respond to and influence their cultural context. We can both stand in and outside society and challenge its norms, and draw from our aesthetic traditions to (re)affirm them, and/or add to them. There will always be a need for norms to be challenged and questions to be posed; artists are the result of society’s need for checks and balances. As long as that need remains, I will have a purpose.

All images and text courtesy of Juliette Mahieux Bartoli

Vedrana Vukojevic: It All Started in the Cinema, and It Will Probably End There

American Abstract Artist Emily Quandahl and Her Comforting A... 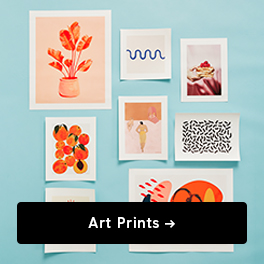