Luis Alberto Rodriguez: A Dancer by Definition and A Photographer by Design

Dance is the art of creating lines with one’s body to interpret music or tell a story, it is a constant motion; while photography is the art of capturing moments in time and imprinting a story or interpretation of a scene in still-form. Both use the creation of strong visual lines to draw attention to a specific moment. Luis Alberto Rodriguez as a dancer/photographer has found the perfect balance between these two elements. He is a dancer by definition and a photographer by design.

New York-born Rodriguez lives and works in Brazil, he is of American/Swedish descent and has a strong ethnicity that belies his cosmopolitan upbringing. According to Luis he only started taking photos in the early to mid-2000s. He admits that he actually had no clue how a camera worked and has learned to effectively bring to life his photographic visions.

Luis’ ability to brilliantly capture dancers in bizarre poses and tell a tale of the human forms distortion through dance imagery deserves a standing ovation. The photographer admits that he is personally not too fond of technology or becoming a brand within the industry, but is highly intrigued by the fact that one can be empowered and receive recognition by a mere click of a camera button.

Rodriguez simply explains that he chooses his subjects by falling momentarily in love with their face, body or personality and them becoming the vessel to feed his imagination. He is intrigued by subjects who have no logical answer to their identity by simply looking at their outward appearance. Once he finds his photographic muse, he then reshapes and repurposes their bodies into a dialogue with the surroundings and materials that he finds.

The thought process is meant to seem specific in location but offer up no sense of place or time. Luis then sets his master plan in motion which is to turn our world upside down and inside out through the final images that he presents. Each one may elicit a sense of utter confusion and haunt one with the inability to recognize the recognizable. It triggers physical and emotional responses that are immediate and long-lasting. Haunting us with the motion and constant renegotiation of our place as mere skin and bones on this earth. 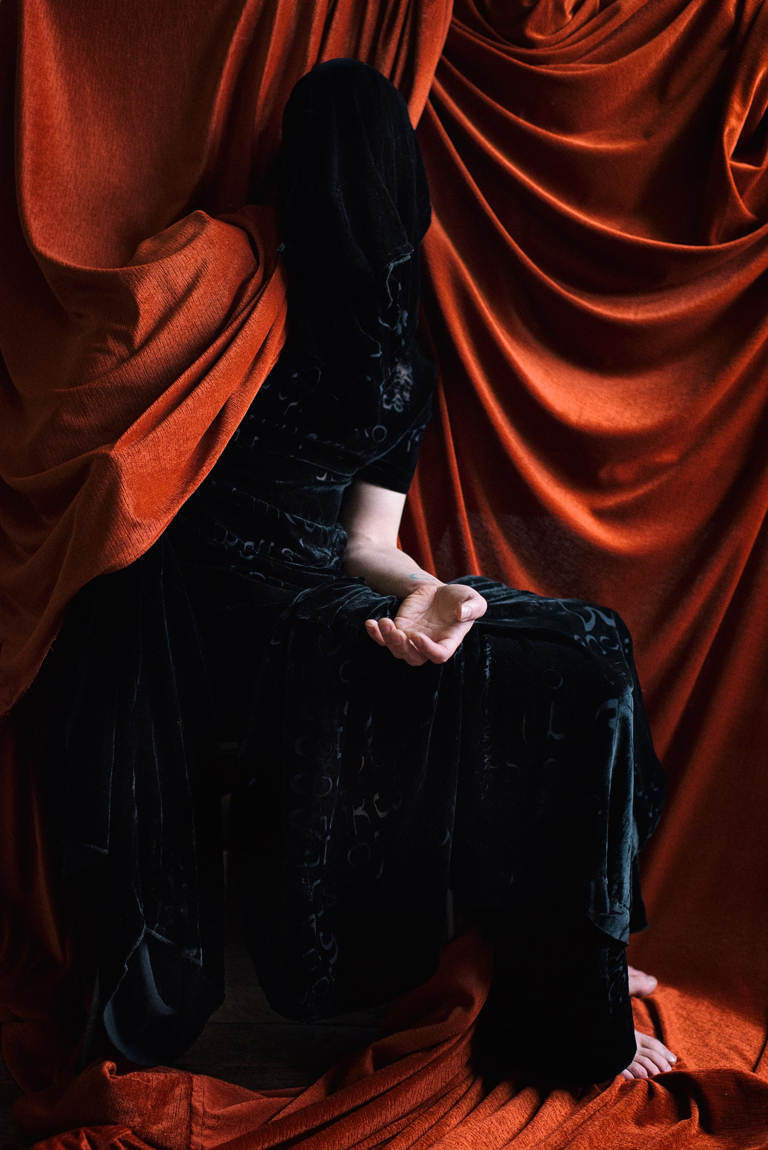 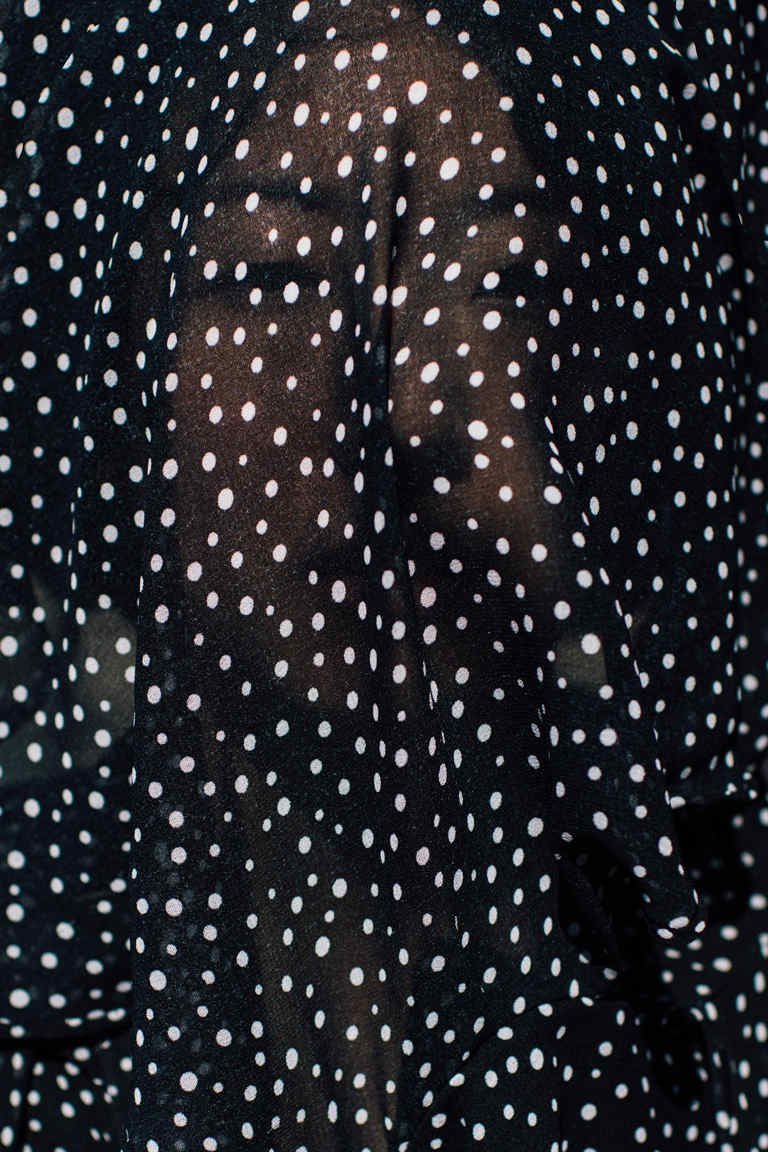 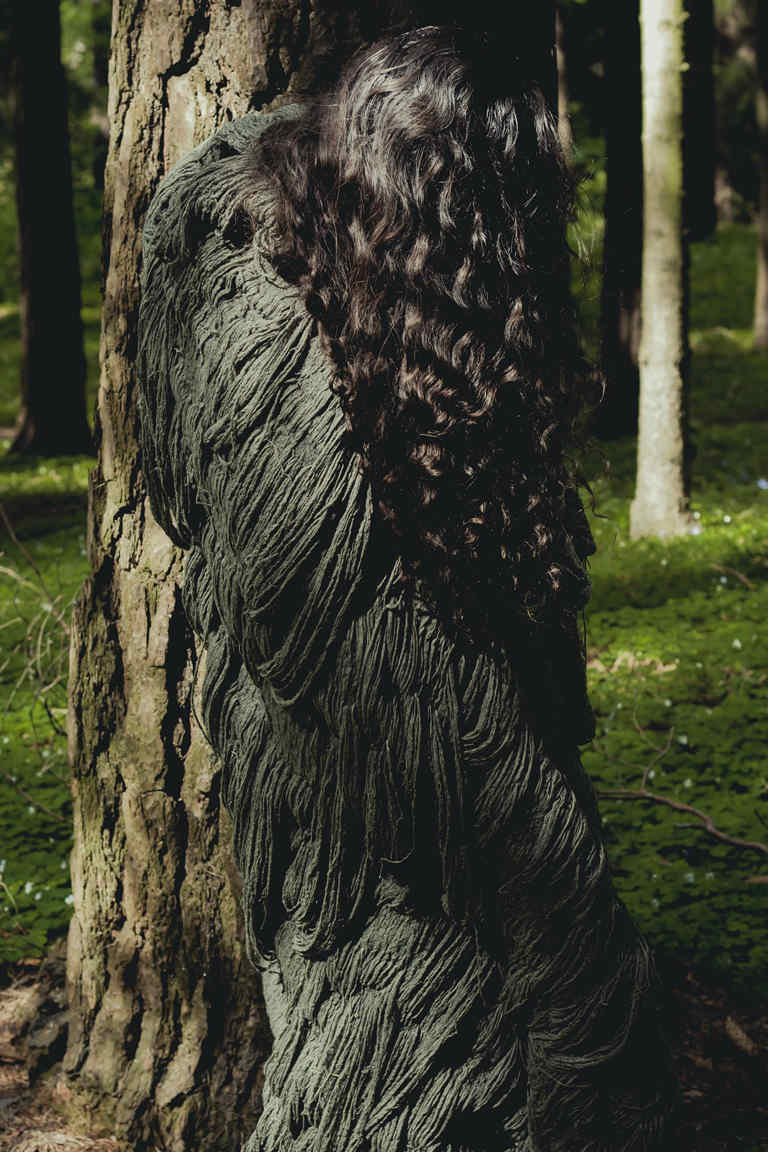 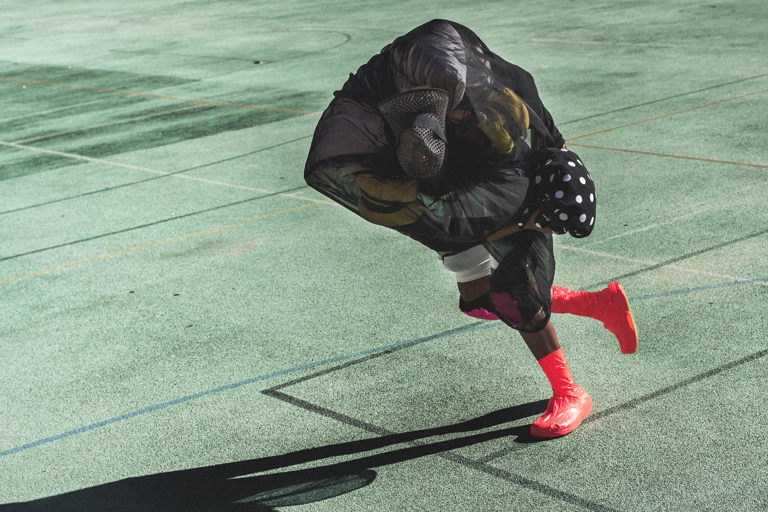 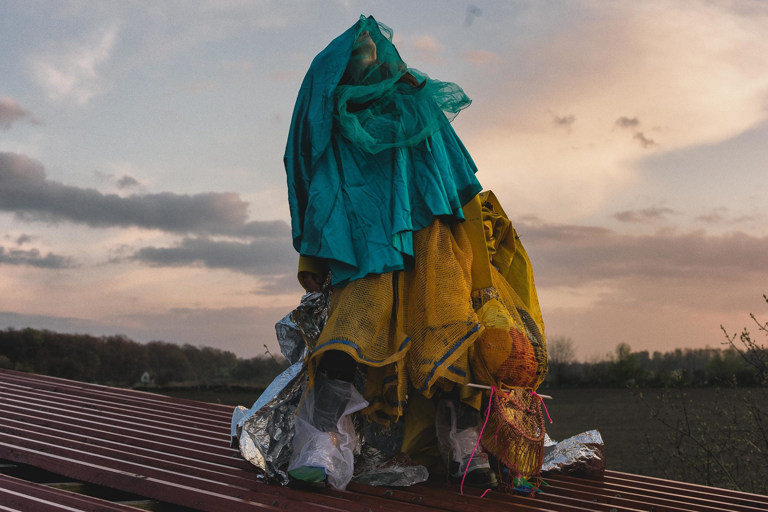 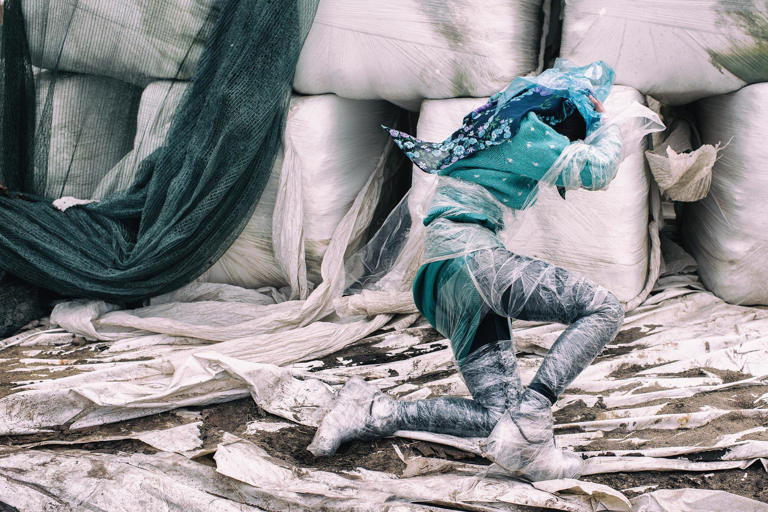 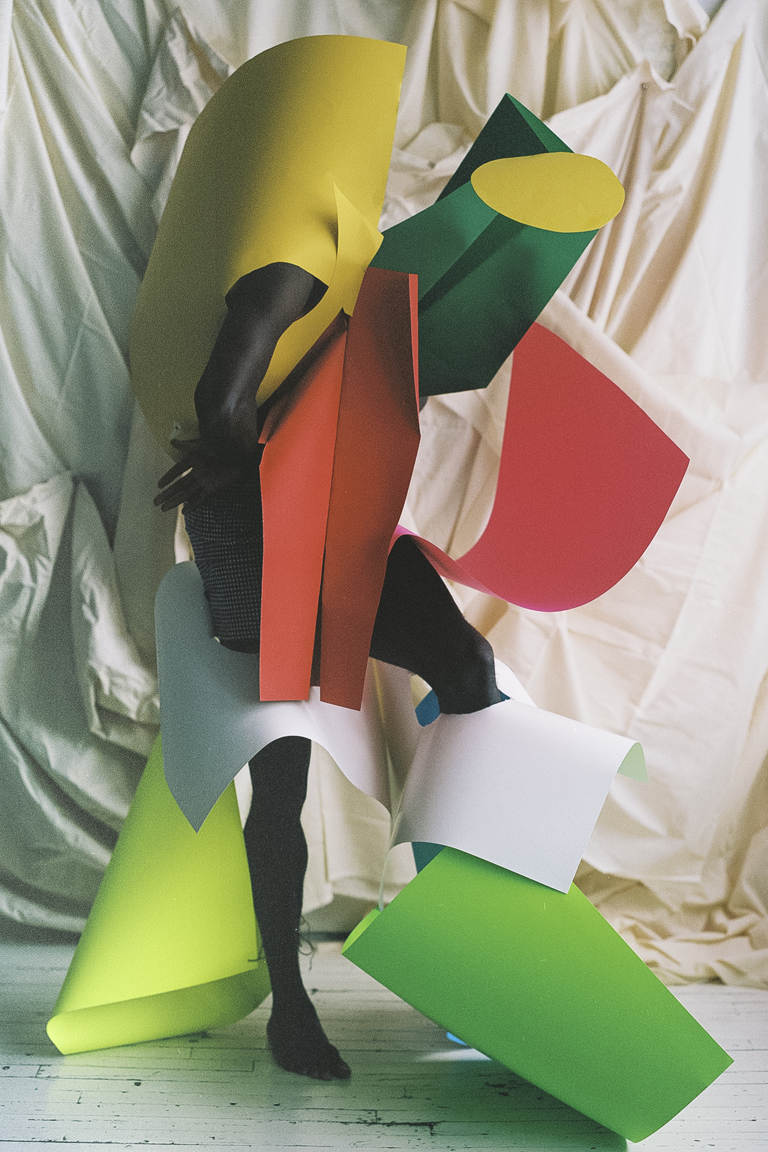 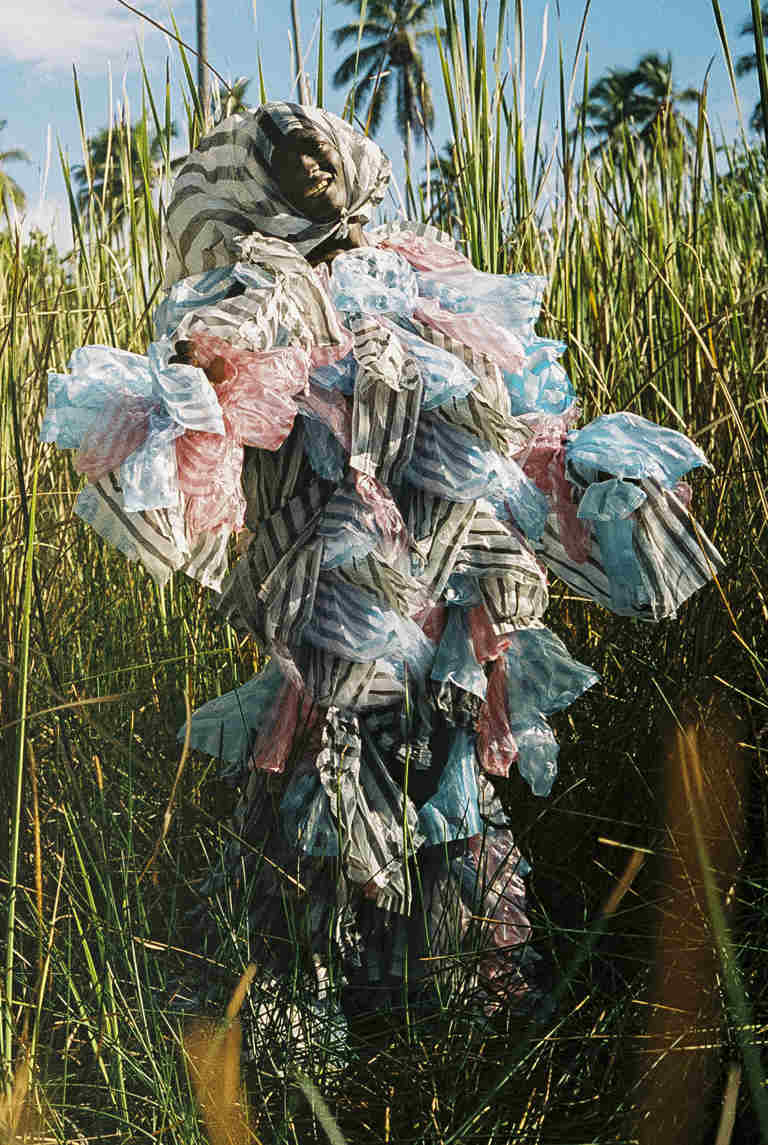 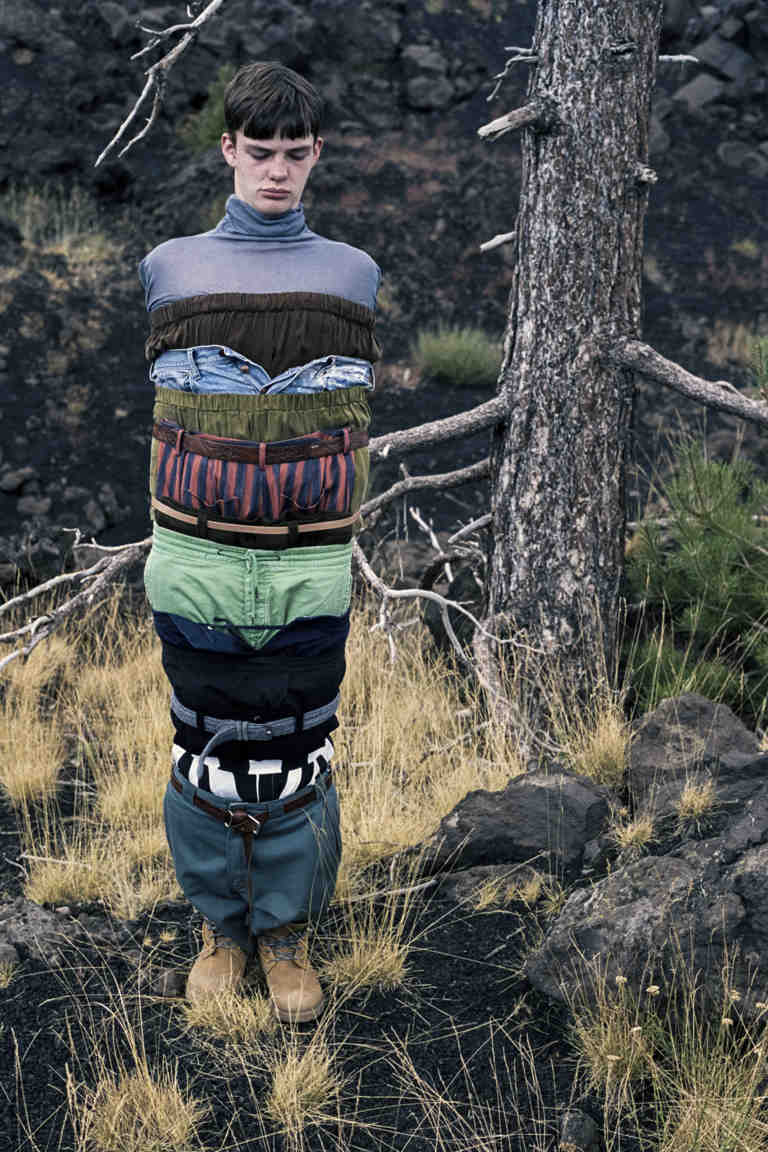